How the Potential Medicare Expansion Will Impact Americans

In the wake of the past and ongoing effects of the pandemic, Americans are trying to find their way through a complicated health insurance world. Job losses translated to lost employer benefits, seniors had to adapt to telehealth services, and millions of people put off healthcare decisions altogether. The American Rescue Plan Act signed by President Biden sought to relieve some of these burdens, and it authorized a potential expansion in Medicare benefits. While some states are slower to adopt broadened requirements, others are already experiencing increased enrollment. But there are even more potential impacts of Medicare expansion. And today, we’ll share those projected effects for Americans.

To really understand how a potential expansion of Medicare might affect Americans, it’s best to first look at the current situation. Traditional Medicare requirements are still in place across many states. But the American Rescue Plan encourages expanded eligibility, with hopes of closing the coverage gap for those individuals who need it most.

Medicare has been experiencing growth in enrollment metrics for a number of years, albeit incrementally. But now, with the economic and health effects of COVID-19, even more Americans are desperate for coverage solutions. Looking back, 2019 saw more than 61 million people enrolled in Medicare. Most of those, almost 53 million of them, were aging into eligibility, while the remaining qualified because of disabilities. The Kaiser Family Foundation reports that in 2020, 62 million people enrolled in Medicare programs, 39% of whom selected Medicare Advantage plans. This rate of growth translates to a nine percent hike from 2019. And the Congressional Budget Office predicts the enrollment will continue to skyrocket, perhaps up to 51% by 2030.

What the ARPA Seeks to Improve

The American Rescue Plan Act is designed to offer states financial incentives to expand the guidelines for eligibility. Low-income adults and federal poverty levels in place before the pandemic have since created a gap where Americans find themselves without available coverage options. Healthcare access is paramount now more than ever. So, the ARPA includes language that supports eligibility for Americans up to the age of 60, with incomes equal to or below 138% of the federal poverty line. The poverty line currently defines as $30,305 annually for a household of three.

Some states are already leveraging the ARPA funding and incentives available. Some reports indicate that 36 states have expanded the eligibility requirements for Medicaid and ACA Marketplace coverage. And as of May this year, 14 states have redefined lower income limits below the standard federal poverty line. States can receive a “bonus” in federal funding for expanding all of these programs as a method for closing the coverage gaps.

Expanding Medicare and improving eligibility will translate to immediate healthcare access and cost coverages. Individual participants and families who may not qualify for other programs, nor have the access to traditional health insurance, may be able to find the coverage they need to follow through on those healthcare visits and services they need.

A potential expansion of Medicare means as many as 24.5 million individuals might be able to transition away from traditional health insurance to participate. Lowering the Medicare eligibility age to 60 alone would help close the gap of those unable to find coverage or afford insurance. And some two million Americans would find immediate benefits.

Some studies suggest there could be cost effects for other candidates who may qualify for Medicare because of their household income levels. Avalere conducted research and reported metrics pointing to potential increases in premiums for other Medicare enrollees, who qualify based on their poverty level percentages. In those instances, based on incomes that fall between 138% and 250% of the FPL, might find more affordable premiums via the ACA Marketplace instead. Anyone within 400% of the FPL would see cheaper premiums with Medicare.

A potential expansion of Medicare would offer additional coverage resources at a time when Americans may need healthcare the most. Not only do individuals and families have to consider potential risks associated with the pandemic and the latest strains of the virus in circulation, but other health conditions present, as well. Non-essential procedures, routine physicals, and annual preventive care visits were pushed aside in 2020. Add to that the hefty costs associated with prescription medications, and the burden of healthcare for millions becomes even more challenging today than ever before.

A potential side effect of expanding Medicare presents in an economical way, as well. There could be beneficiaries beyond the individuals who enroll. And the advantages this increased expansion would bring to participating states could be substantial.

Some sources suggest companies and employers would be able to reap the benefits of a potential Medicare expansion. If there were a big enough shift of employees turning to Medicare, under the loosened eligibility guidelines, employer insurance costs would be reduced. Those company cost savings could be reallocated to business development or raises for staff internally. The KFF says lowering the Medicare age to 50 would drop employer healthcare costs by a whopping 43%.

The Economic Policy Institute suggests Medicare for All would strengthen the U.S. economy, increase demand for jobs, and improve the labor market overall. Some critics warn such an expansion would alternatively eliminate 1.8 million jobs. But essentially, expanding access to healthcare would likely increase demand in the health and wellness services industries, potentially creating a need for more than two million additional healthcare worker positions.

When Americans are able to save money and leverage Medicare coverage, they’ll have a little extra money in their pockets to spend. And employers reinvesting benefits savings in the form of salary increases will also improve consumer spending potential. Lowered income loss, and the stresses that accompany, would prove to be better for everyone involved. These reduced financial burdens for providing insurance would further benefit entrepreneurs and small businesses, known to be the lifeblood of the American economy.

As more states consider amending their Medicare requirements, W3LL will continue to keep you updated on any potential effects. For now, the predictions seem to mostly point to advantages, especially for impacted Americans. 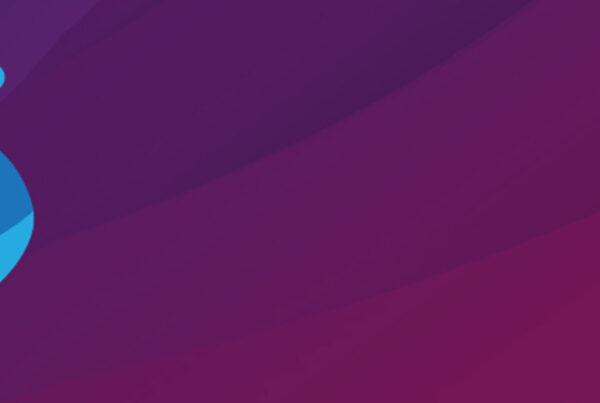 3 Ways to Enhance Your User Experience

3 Things to Look for in an EDE Vendor